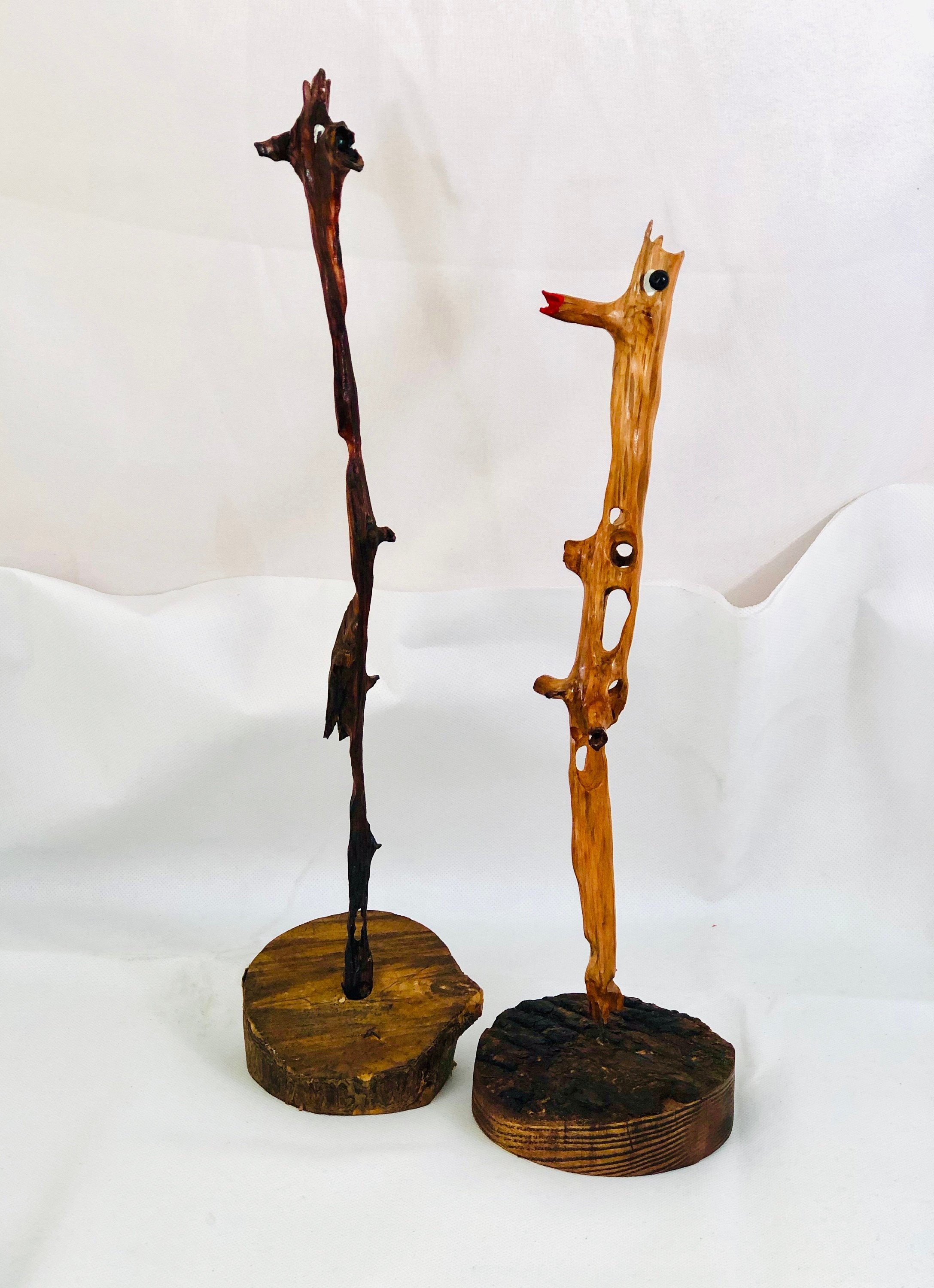 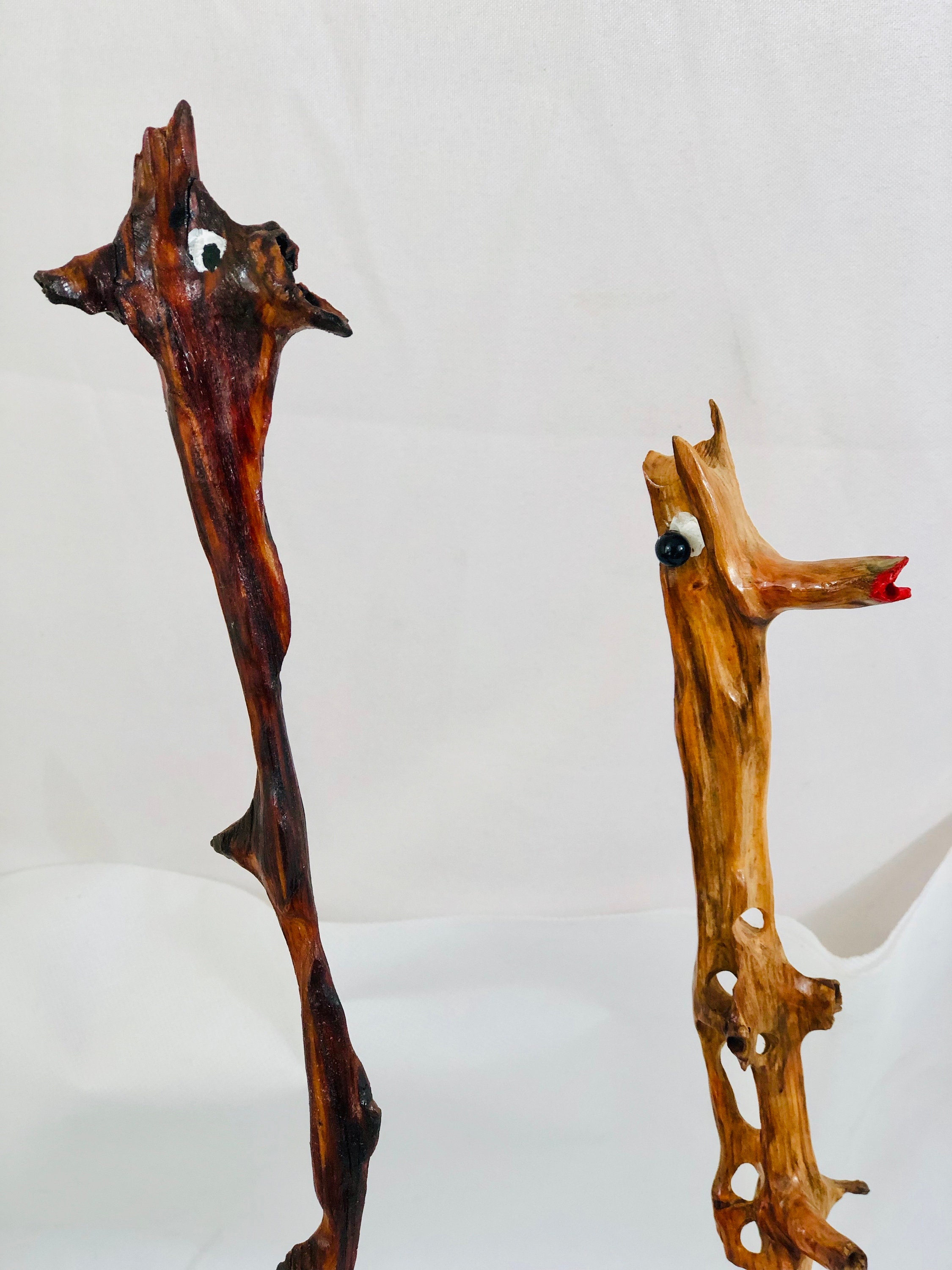 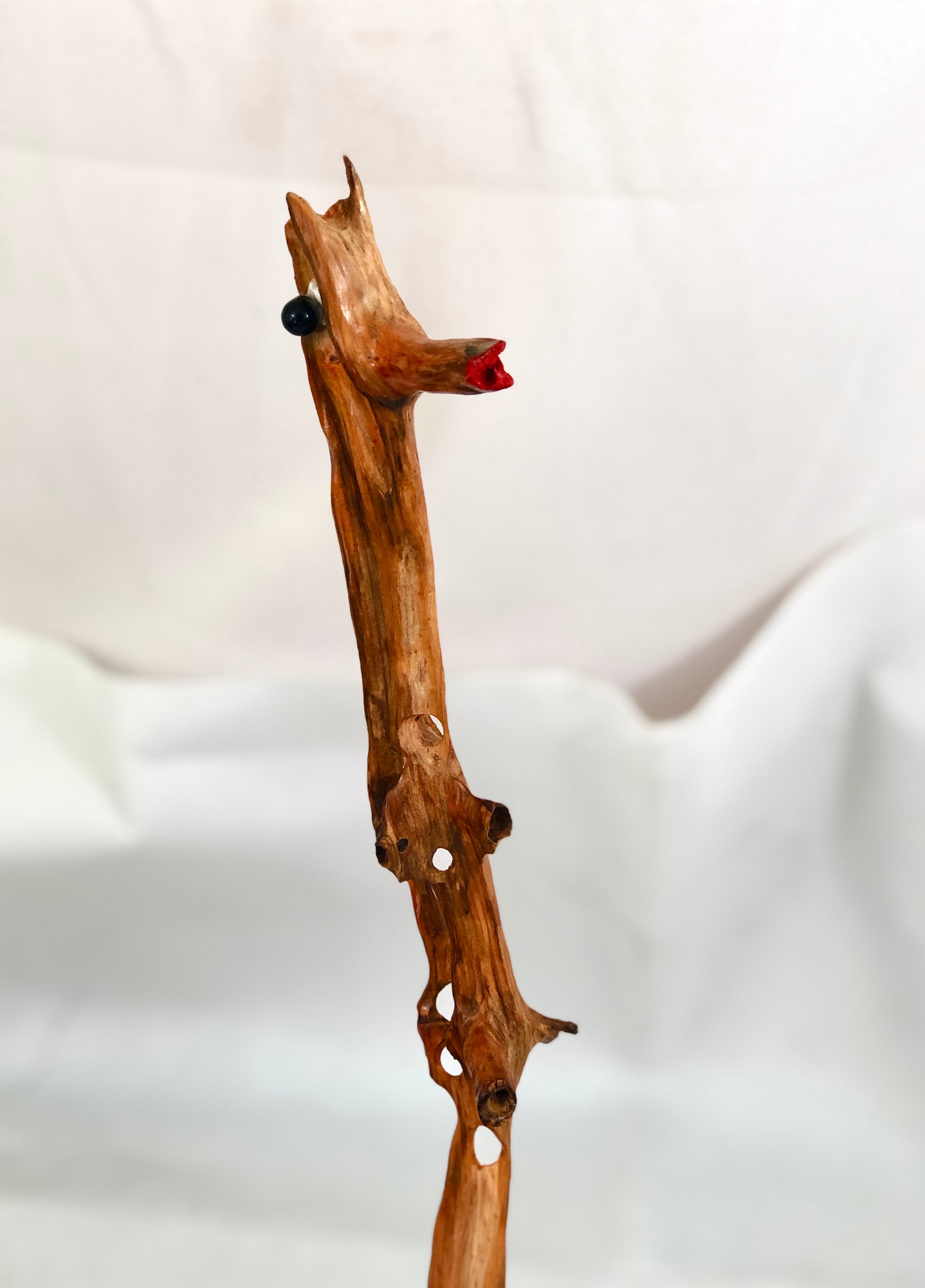 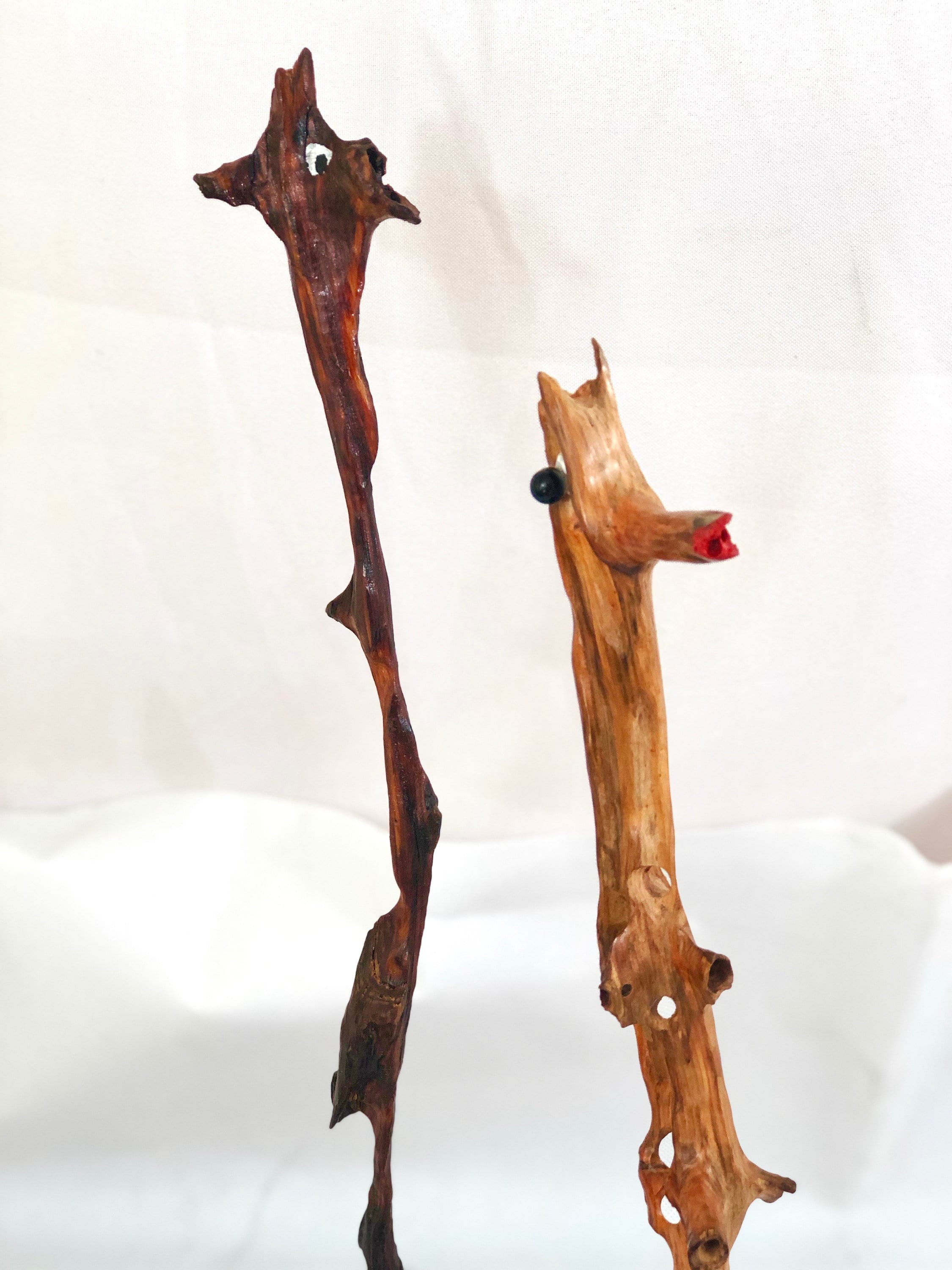 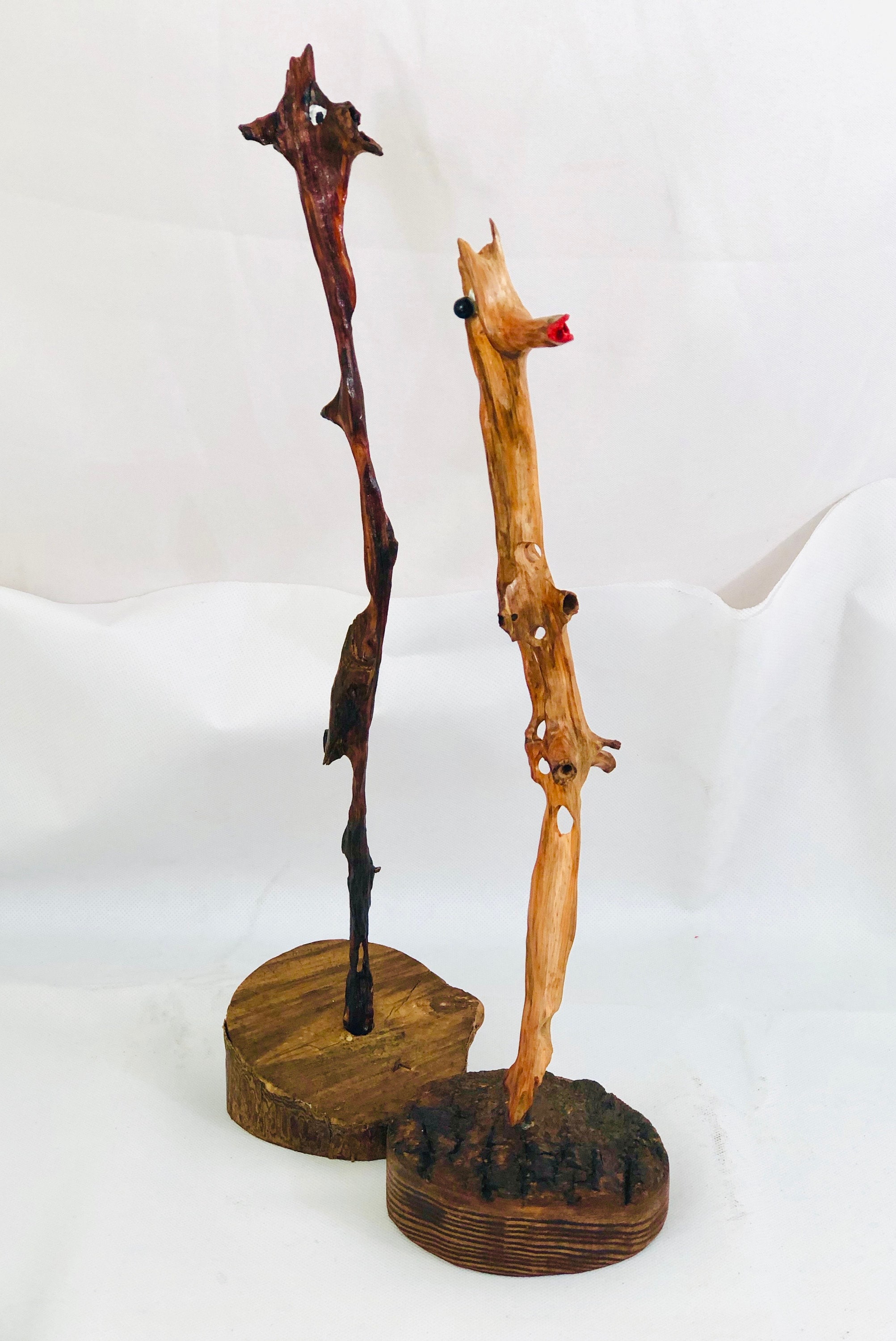 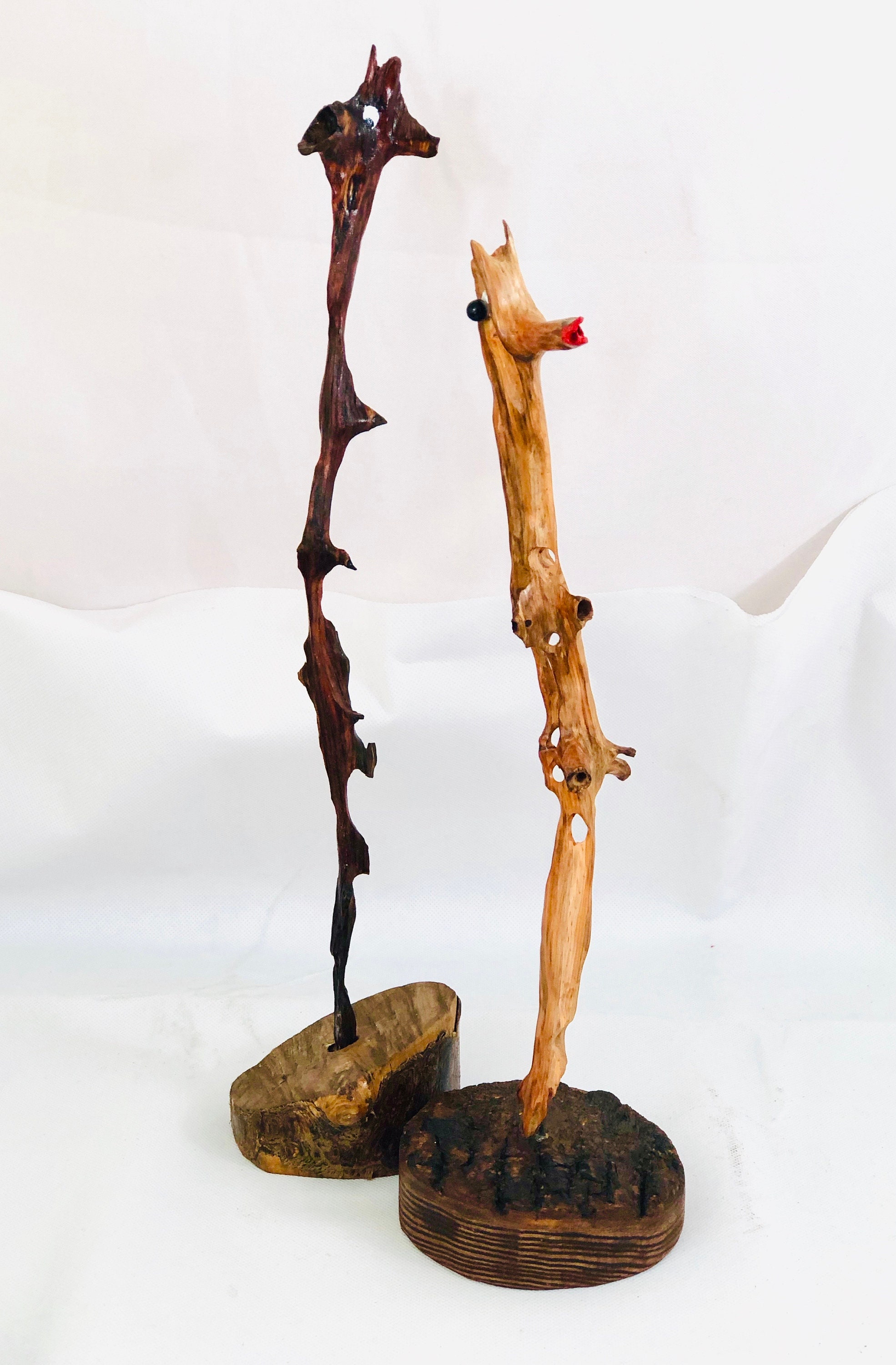 These whimsical giraffes come as a pair. They would suit display on a mantelpiece or tabletop. Red Cedar wood sculptures on natural stained bases, with lemon oil & polyurethane finish. I collected the aged Cedar in the woodlands down the street from where I used to live on Cape Cod.

When I work wood with my rotary tools, the piece often shapes itself, meaning that certain rotted parts break away. I'm never sure what will be revealed. After shaping and sanding the figure, I coat it with lemon oil to bring out the beautiful cedar colors. Then I spray it with polyurethane to preserve and protect the piece. That also saves you the trouble of having to re-oil every few months.