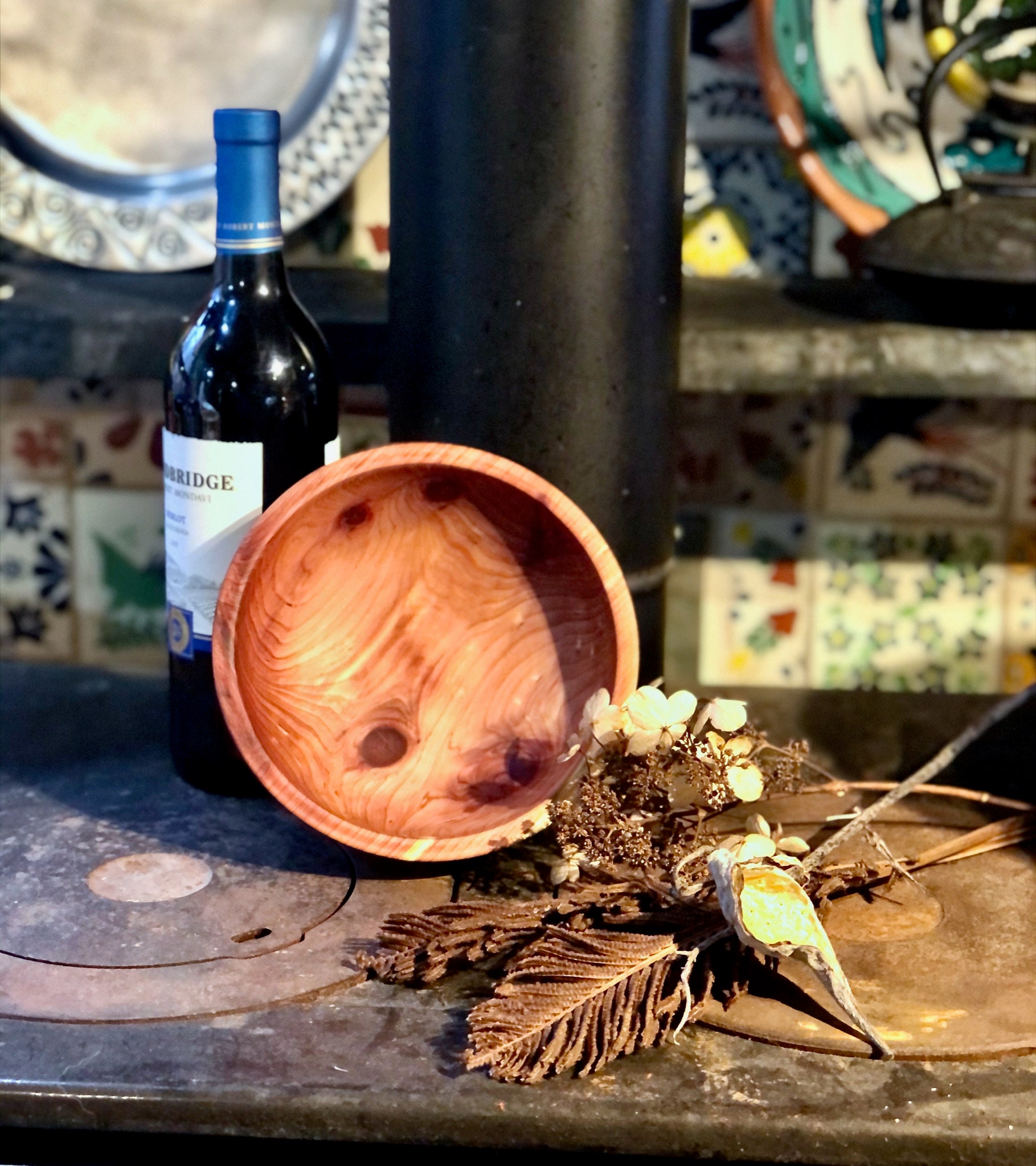 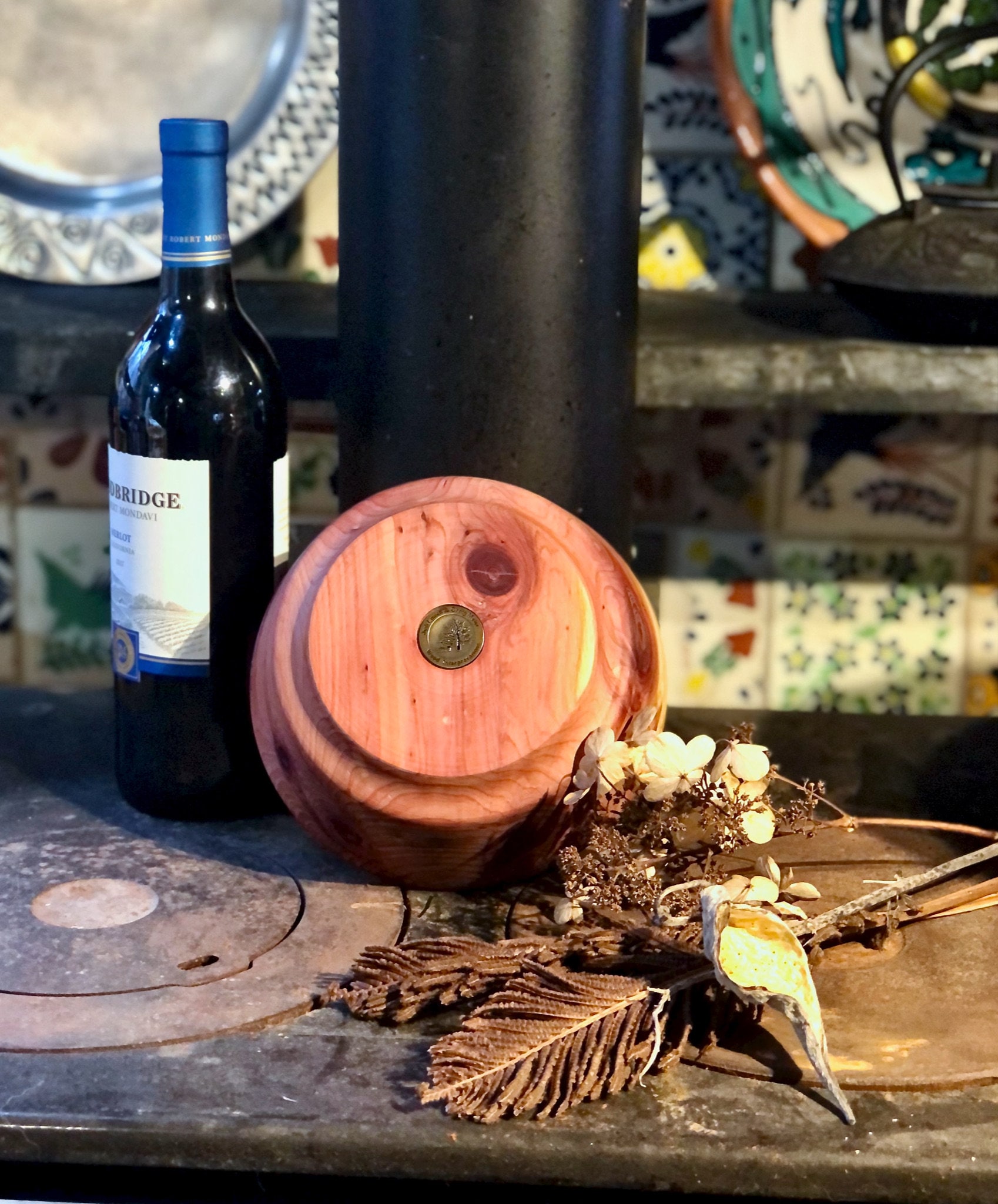 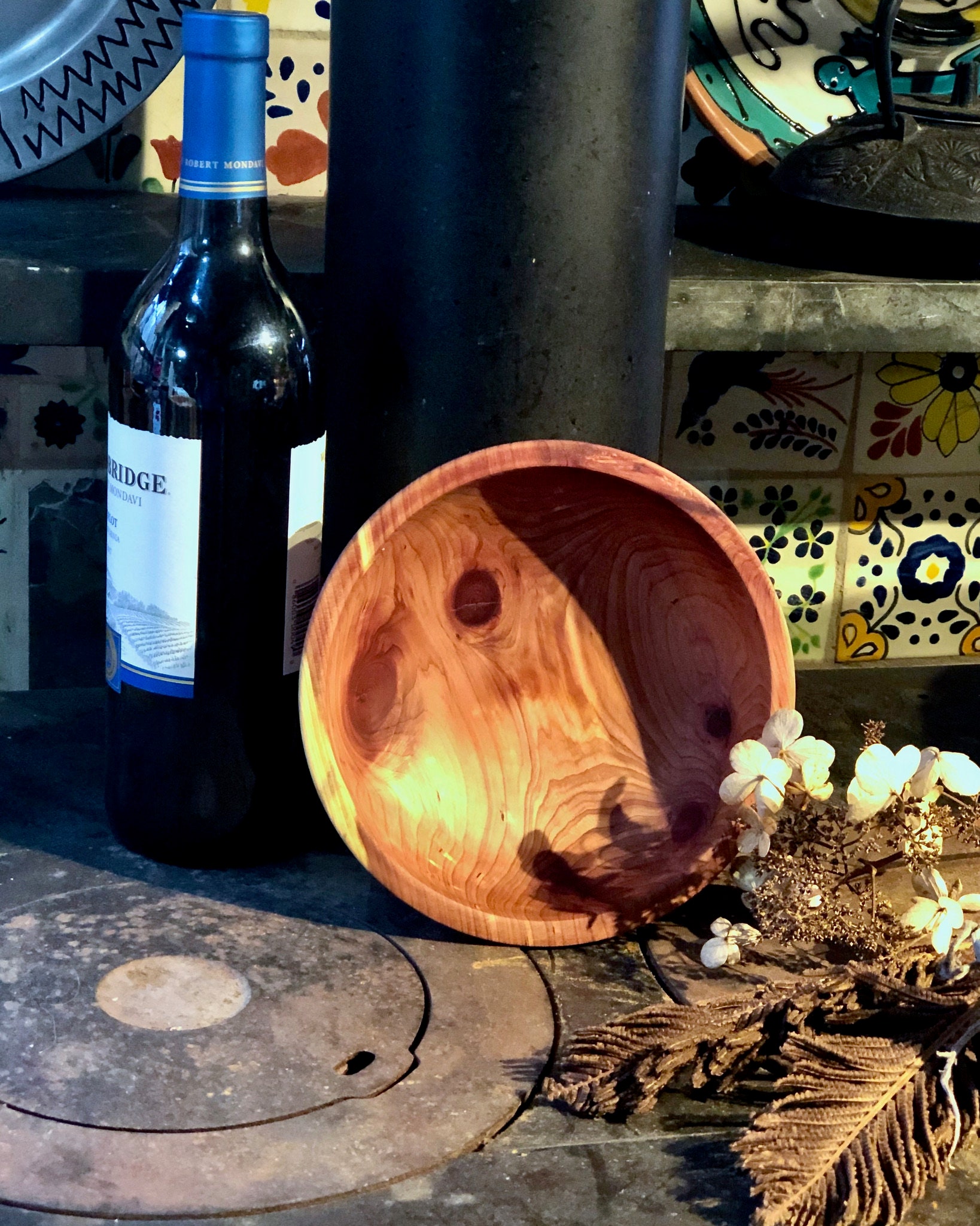 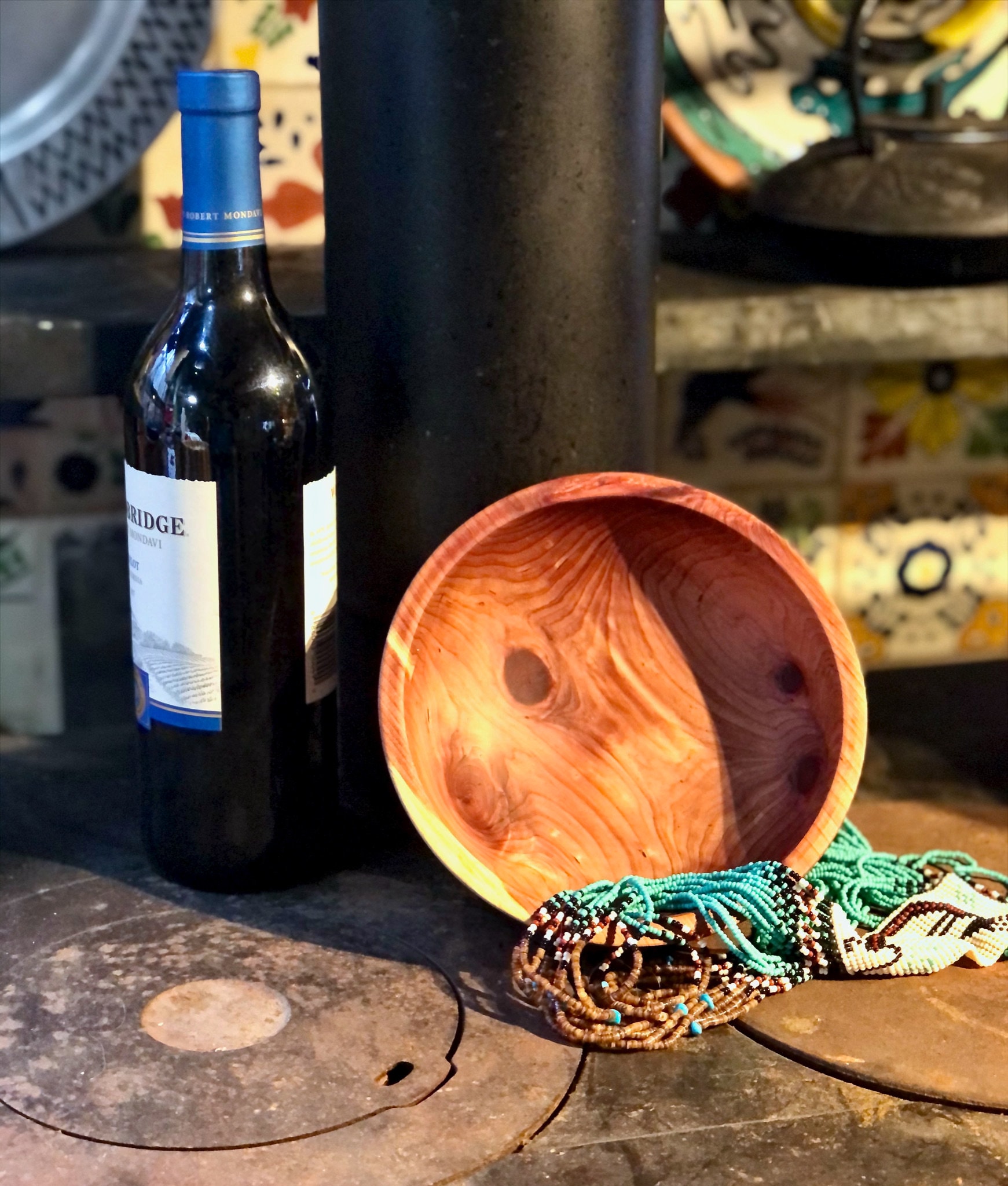 red cedar bowl with slanted sides and several beautiful knots. Measures 6.75" wide x 2.5" tall. Food safe, as it is finished with tung oil and beeswax & orange oil Just look at the colors in the bowl. The reds and purples are intense and beautiful and the knots just serve to enhance its character.

Eastern Red Cedar wood is widely known for its heartwood, which tends to be red or violet in color. Its sapwood is a pale yellow color and can appear throughout the heartwood as streaks and stripes. When sealed, the vibrant colors are captured and saved to preserve the natural beauty.